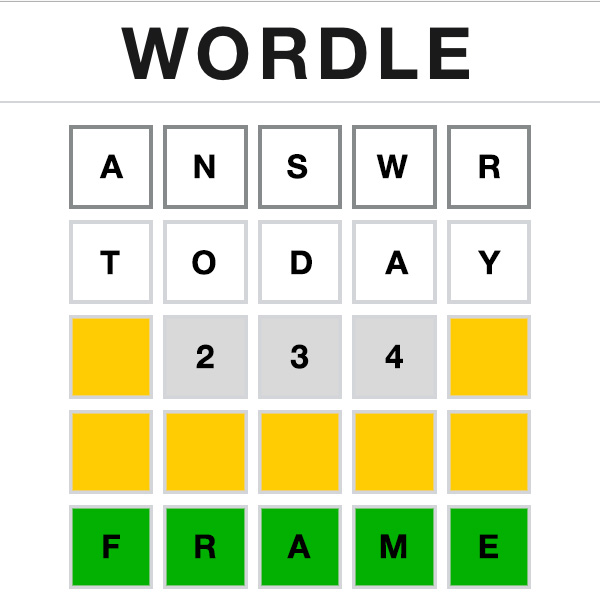 FRAME noun one of a series of still transparent photographs on a strip of film used in making movies; a structure supporting or containing something; the internal supporting structure that gives an artifact its shape; alternative names for the body of a human being; the hard structure (bones and cartilages) that provides a frame for the body of an animal; a period of play in baseball during which each team has a turn at bat; verb make up plans or basic details for; formulate in a particular style or language; enclose in or as if in a frame; construct by fitting or uniting parts together; enclose in a frame, as of a picture; take or catch as if in a snare or trap.